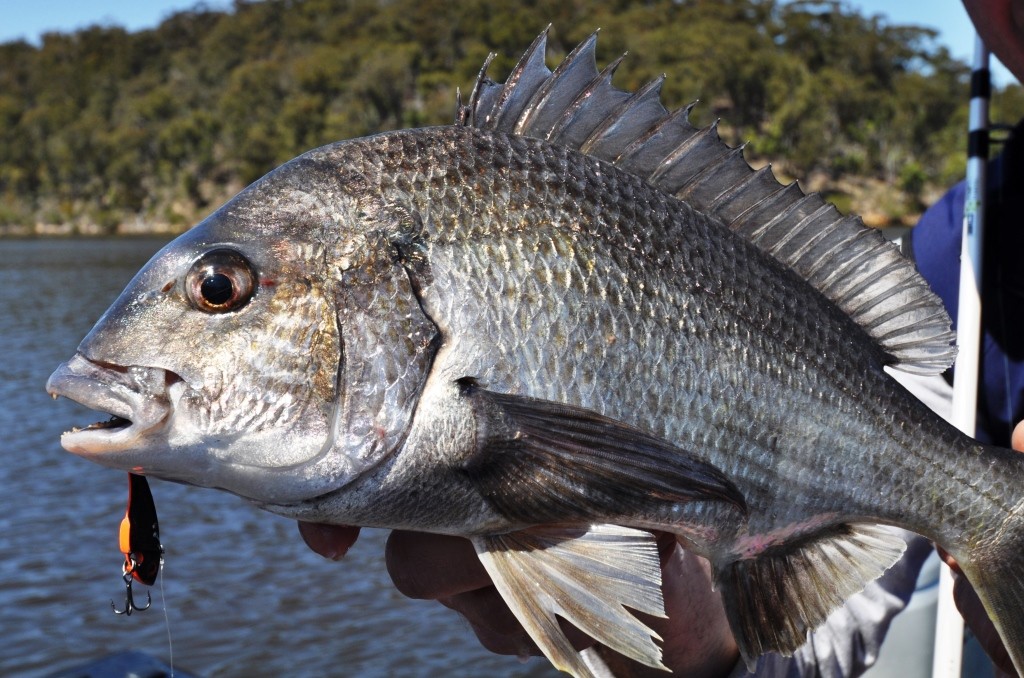 Now that we’re well and truly in the midst of the cooler weather, most southern black bream have long departed the shallow flats and structure laden shorelines in favour of deeper haunts.

Whether preparing to spawn, resting between more active feeding periods, travelling from one part of a system to another, escaping from floodwater, or perhaps all of the above, one thing is for sure, bream school in big numbers over wide open and seemingly barren ground during the cooler months. Once conditioned to religiously targeting various forms of structure, chasing bream out in the middle of a tidal lake or river, well away from snags, undercut banks or rock walls, certainly takes some adjustment. Sounding is the key, though it still pays to concentrate on the more subtle forms of potential fish-holding structure such as a ledges, drop offs or sloping banks adjacent to a fertile weed bed or mud flat. Sweeping bends, points, feeder creek junctions, patches of reef or gravel and slight depressions or mounds all seem to attract schooling winter bream. Following periods of heavy rain and flooding, expect the fish to push further downstream. Depending on the system, this may simply mean further out into the lake, closer to the mouth or perhaps outside the entrance entirely. As the water clears with every incoming tide, bream will gradually move back upriver. If you’re lucky enough to find these post flood schools, they really can offer some mind blowing action. Imagine all or most of the bream within a given system gathering in one general area, waiting for the floodwaters to ease and salinity levels to return to normal. Whilst they tend to bunker down and sulk for a few days or perhaps even a week or so, depending on the amount of freshwater runoff, it won’t be long before they’ll be hungry and on the lookout for a feed. Metal blades are the perfect lure choice for this scenario and indeed whenever bream are holding low in the water column. 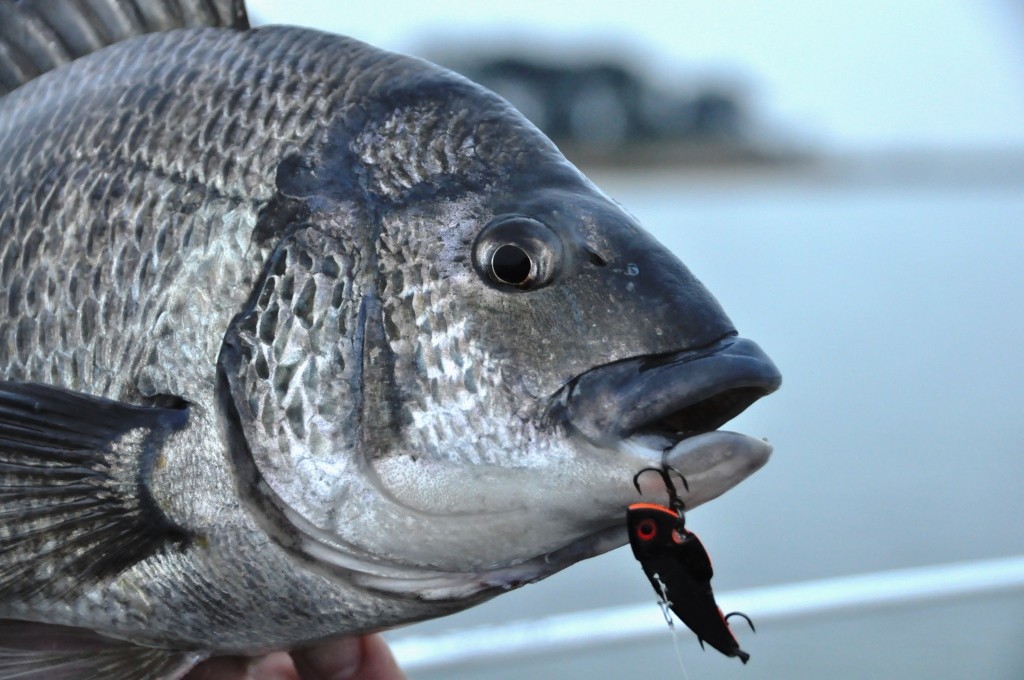 Most blades built for bream range in size from 30 to 45 mm in length and weigh about 3 to 6 grams. Due to a relatively fast sink rate, these lures are an ideal choice for working deeper channels, drop offs or any open space where bream are concentrated deep in the water column. The key target area or strike zone when working a blade is within less than half a metre of the bottom. Ideally, depths of about 1.5 to 8 m are preferable, though blades can certainly be worked outside of this range. In terms of colour, darker shades of green, brown and purple, along with silver and gold, are generally the most productive. During the cooler months, there seems to be a distinct preference for black, which is likely to more closely resemble the type of shell bream feed on at this time of year.
Much of my success can be attributed to the Berkley Power Blades in Midnight, which is mostly black with strip of UV fluorescent orange under the belly. Of course, it is always worth experimenting with different colours and more recently the Shell pattern has also been performing well for us down south. The Power Blade design emits a high frequency, fish attracting vibration via minimal rod movement, which helps keeps the lure close to the bottom and nearer the fish. They also glide naturally on descent, both after the cast and in between hops off the bottom. The most basic retrieve involves casting down breeze ahead of a slow drift. As the blade descends, keep in contact with the lure by maintaining a slight bow in the line. If a bream bumps, nudges or intercepts a lure before it reaches the bottom, the line with flicker or twitch ever so slightly, which is the key to lift the rod tip and set the hooks. If the blade makes it through the school without getting hit and comes to rest on the bottom, the line will relax. A short, but relatively fast rip of the rod tip to get the lure moving say no more than 20 to 30cm (and then allowing it to lay motionless on the sand or mud) is the way to go. Double hops or perhaps even three to four sharp jabs of the rod tip, barely lifting the lure off the bottom, yet at the same time generating plenty of energy and vibration, followed by a pause, often attracts some attention. More often than not, bream will either intercept a blade as a sinks (on the drop) either after immediately after casting or in between imparting some action, or pick it whilst it’s lying still on the bottom. If you happen to miss the tell-tale flick on the line, the next time you lift the rod to impart action on the lure quite often you may feel weight. When this occurs, keep the rod moving back over your shoulder, quickly crank the reel handle to take up any slack line and drive the hooks home. A number of fish may be bumped off in this scenario, which can be frustrating. You may also foul hook quite a few in the side of the face or up under the chin which is where the deadly sharp Owner treble hooks really come into play. 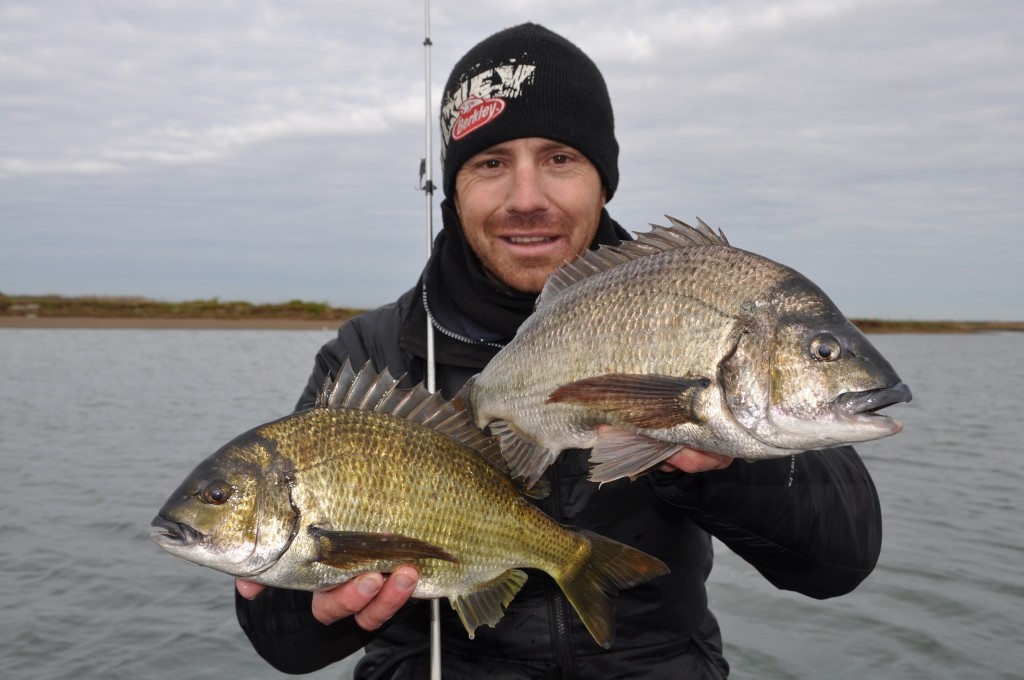 As with all forms of fishing, luring bream on blades requires some skill and detail in terms of presentation and bite detection. In comparison to other disciplines, however, the learning curve is quite achievable for anyone just starting out. For instance, this technique generally takes place in wide open spaces, such as the deeper sections of tidal estuaries, inlets, lakes and rivers, well away from snags, overhanging trees or other forms of obvious structure. Therefore, the need for precise accurate casting and critical boat position is all but non-existent. This allows the angler to spend far more time concentrating on technique, rather than stressing about manoeuvring the boat or losing hardware. In addition, drifting in open water is far more relaxing and provides equal opportunities for more than one angler to cast towards the prime real estate. 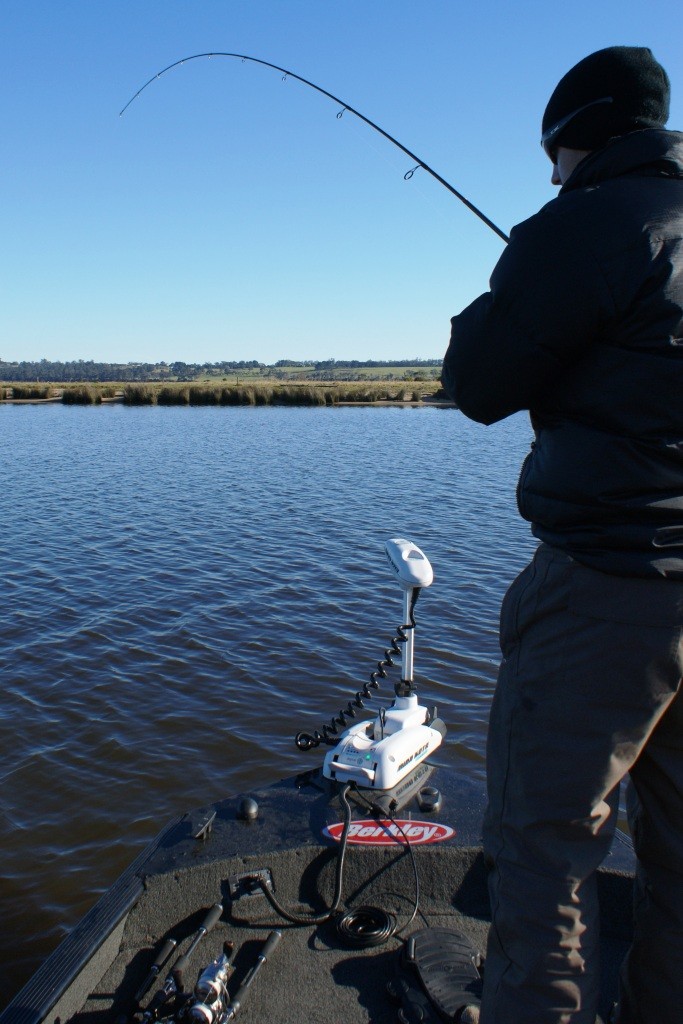 Bream can be expected to continue schooling down deep well into mid to late spring, before gradually making their way towards more fertile shallow ground as water temperatures rise. Over the coming months, we’ll discuss some techniques and tactics for chasing bream with soft plastics, diving minnows and surface presentations. Stay tuned…