As the 2015 year comes to a speedy end, the last event on the calendar was the VicBream Classic Grand Final. A total of 49 teams including 5 from Tasmania were ready to battle not only each other but the Gippsland Lakes’ bream in an attempt to take victory and hold the Champions Teams trophy a loft. 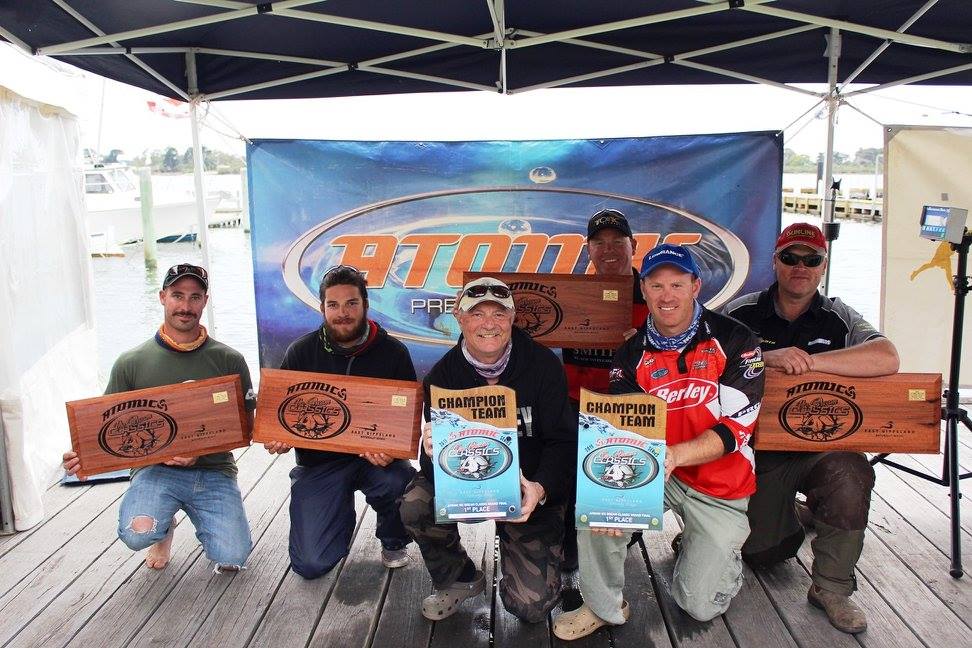 I think the key to our weekend was our prefish day, over the past couple of years I have refined my prefishing strategy and the confidence I get out of cracking a pattern has been paramount to getting 5 quality fish in the boat each day. On prefish we were able to identify a couple of fish holding areas and were confident that a light weight plastic and hardbody approach would work well. The lure technique was very standard for us, a camo nemesis on a 1/32 jighead and a puppydog worked with a twitch and pause technique. But the key piece to the puzzle was that the fish seemed to be holding on sunken timber, however each log only seem to have one fish on it. Knowing this meant that casts needed to be perfect, within centimetres of the structure, anything outside of this range was off target and not going to produce the fish. 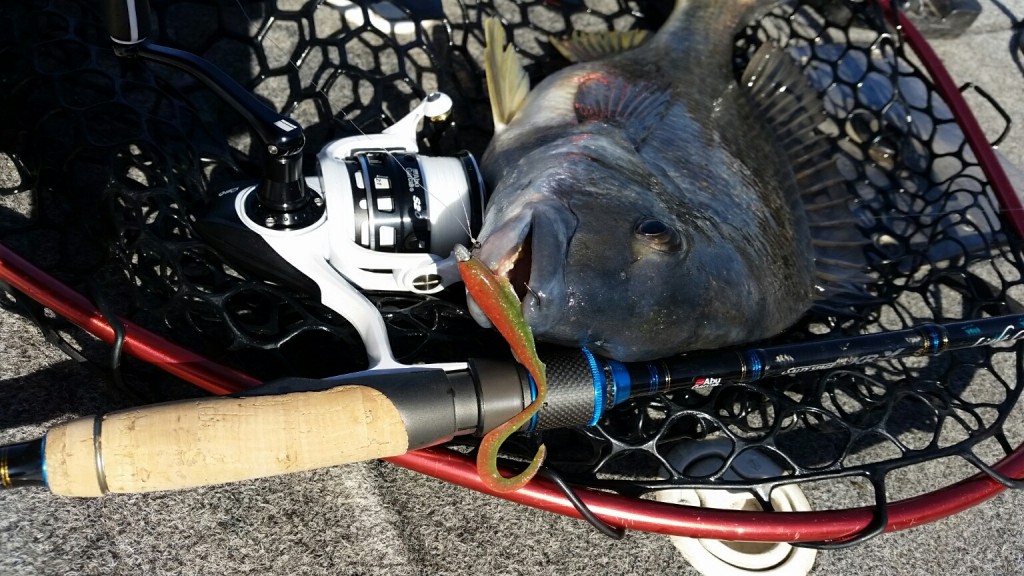 Day 1 – It was a frustrating start with the first few bites being missed and then when I finally hooked a solid fish, it had me wrapped around a pylon within seconds, I flicked the reel into free spool and after some crafty teamwork we had the line free but the hook had fallen out. Luckily within the next few casts we had a solid 900g fish on board which eased the pain of losing the first fish a little. We were throwing the 3’ Nemesis which has fast become a tournament favourite lure of ours. As we moved between the jetties and moored boats we picked up a couple of barely legal fish and then pushed deeper in the system. As we began to work the shallow banks we changed lures from plastics to hardbodies, mainly the Berkley 3B puppydog. The approach was to slowly and accurately work the timber structure and as we did we slowly but consistently fill our bag and began upgrading. Just before 12pm Dad landed a fish that was pushing a kilo and after this upgrade we decided that managing our fish for day 2 was probably more important than trying too hard for more upgrades. As we weighed in I was pretty annoyed with our decision as our bag was a fair bit lighter than we thought and we were 1.1kg behind the top 2 teams, leaving a huge amount of work to do on day 2. Our bag weighed 4.43kg and we were in equal 7th position.

Day 2 – The great thing about day 2 is that you can fish hard and work every piece of structure with no thought of managing fish, there no point in holding back and big fish were definitely needed. Time passed extremely quickly in the morning and before I knew it, it was 8:30am and we only had 1 fish at 32cm in the well. I made a comment to dad that if we had this fish at the end of the day we would be in trouble, thinking that we would fall out of the top 10. With big fish on our minds we continue to comb the structure, bites came consistently and the next 4 fish were boated. Our 5 fish bag would have weighed a dismal 2.2kg and that first fish of the day was our biggest, things were not looking good. We made a move into a small bay which in the end, set up our victory. We boated 4 upgrades with each fish being between 900g and 1kg. But we still had that 32cm fish and I was pretty keen to upgrade him. After working a fallen tree over with a puppydog for no result I grabbed the 3’ nemesis and worked through the branches, this change in technique worked and I hooked a solid fish that I thought was every bit of a kilo, I had wrestled him into open water only to have the hook fall out just metres from the boat. Time was running out but as luck would have it a quick stop just before it was time to leave produced the last upgrade that we were looking for. Feeling as though we had another solid bag we left hoping to make the top 5. As we carried our weigh bag to the bump tub it was becoming apparent that it had been a difficult day for most and all of the top 5 teams had failed to bring in 5 fish. Our bag weighed 4.68kg and we jumped into first place and secured our second VicBream Classic Grand Final Champions trophy.
Hodgey

Lures: Berkley 3’ Nemesis in Camo rigged on a Nitro jighead 1/32, 3B Puppydog 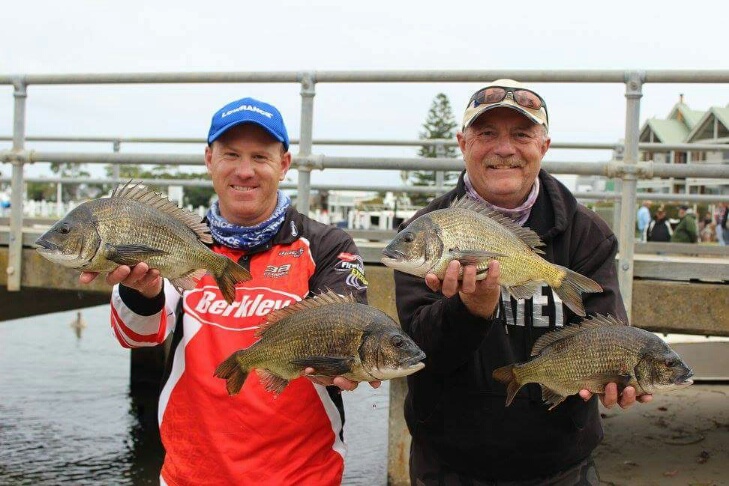