For a number of years I’ve had plans and wishes of heading to the gold fields in Central Victoria in search of Golden Perch aka Yellas, but for one reason or another I’ve never actually made it until now. In recent months I’ve made several trips to try and learn the art of freshwater native fishing in particular catching yellas.

I had my first introduction in the tail end of this year’s summer in late February when while fishing a Central Victorian Lure Caster Super Series tournament I caught my first golden perch on a lure. On this day I was casting spinnerbaits to standing timber and the day played out like a script; It was a slow start in the morning until a 4’ nemesis was added to bulk out the spinnerbait. Almost instantly I had a solid fish follow the lure right back to the boat and within the next handful of cast I had hooked and landed my first Golden Perch. As the day continued I landed another 3 and I’ve been itching to add to this total ever since. 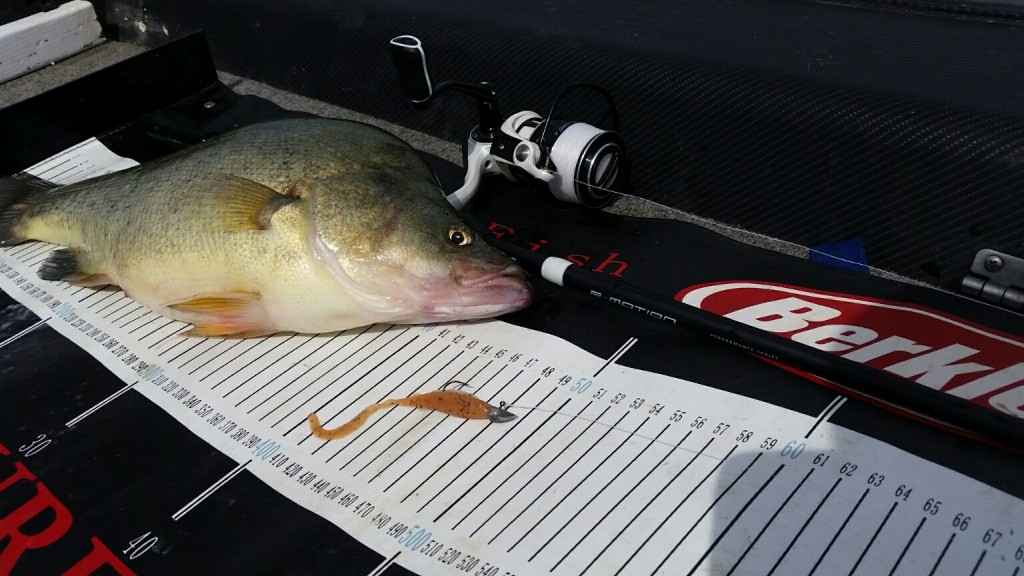 As spring rolled round I dragged myself away from the saltwater and hit the freshwater. I struggled on the first few trips resulting in just a couple of follows but no hits and definitely no fish landed. Whether this was due to it being too early in the season or a lack of experience and know how or a combination of both only time will tell. On the 3rd trip I was 5 hours into the session and it was looking similar to the others, no bits, no follows, no confidence.

A change of technique was required however knowing what to try was a difficult choice. After retrieving a snagged lure from deep inside a semi submerge tree I figured I may as well try the vertical retrieve I have heard about. The idea, as I understood it, is to drop the lure to the bottom through the maze of branches and slowly, very slowly wind the lure back the surface and then repeat. I figured I had nothing to lose. After a dozen or so drops I had a handful as tiny bites, still no hook up and I didn’t even know if the fish were yellas or tiny redfin. Still the excitement of just getting bites was motivation enough to continue this method. I moved to a different tree and the same thing happened, more bites but no hook ups and I was still unsure of the species. That was until on one of the retrieves I slowed right down and watched carefully trying to see my lure come up through the maze of branches. As my lure came within sight about 5ft under so did a beautiful golden perch, although I didn’t catch him or even get a bite, I knew I was doing something right.

What happened over the next couple of hours, I’m claiming to be the changing moment in my early freshwater fishing addiction. I landed half a dozen yellas all on a vertical retrieve with a range of lures including the Berkley 3’ nemesis and Powerblade 37. 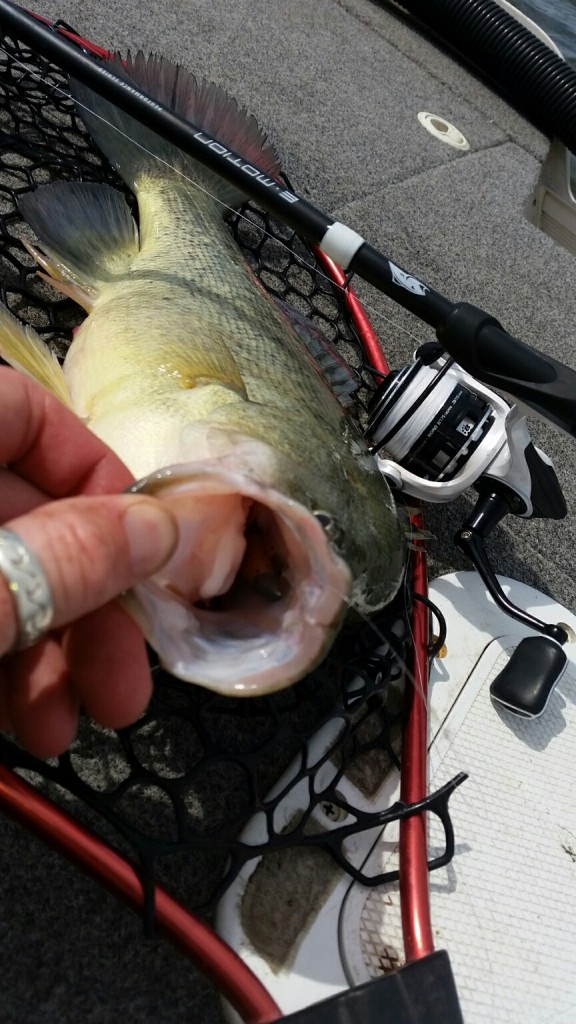 Having returned a couple of times in search of more golden perch I’ve experienced some success but probably not the number of fish I was hoping for. This technique is far from fool prove and requires a keen attention to detail, much like any good technique, some days are much better than other.

The pros to a vertical retrieve;

The cons of a vertical retrieve;

As the water continues to warm up in the Victorian lakes I am hoping to find that the golden perch become more active and I’ll be able to catch them on a range of techniques. Stay tuned. Hodgey