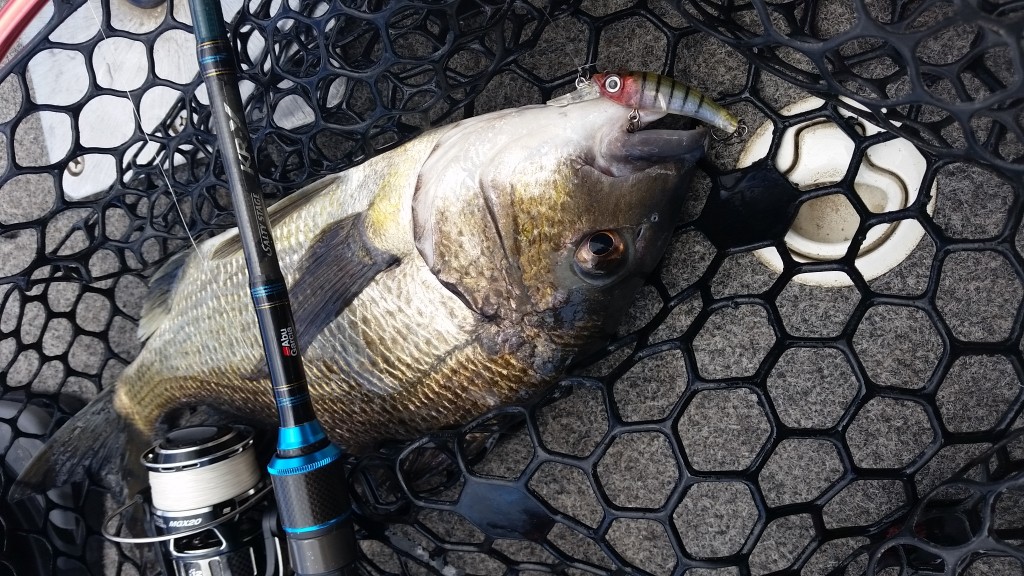 The Gippsland leg of the ABT Vic tour will be a tournament that I will remember for a long time. Going into the final day I was sitting in 8th position almost 1kg behind the leader. I was fishing an area I know pretty well, almost all of my tournament hours over the last 9 years at Gippsland are spent fishing at lake entrance, I have come to know the ‘lay of the land’ and I’m confident that if the fish are where they should be that I can put together 5 reasonable fish. But what happened on day 2 of the ABT was far from reasonable, it was much closer to remarkable!! 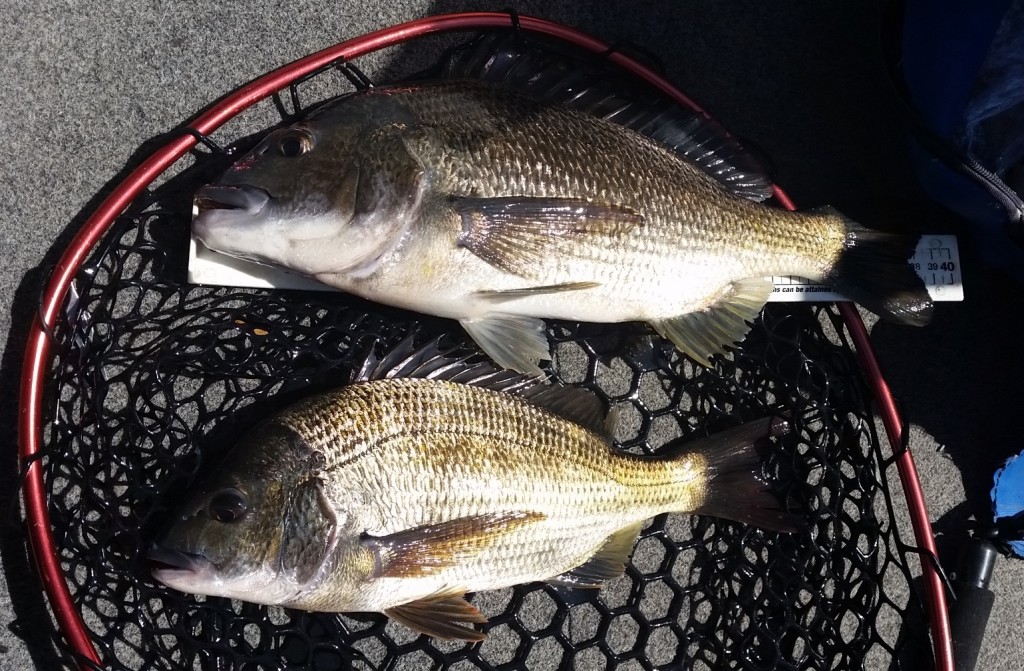 I was using my all time favourite hardbody lure – Berkley puppydog with what is fast becoming my favourite combo – Abu Garcia Salty Stage light casting 6’10” 1-3kg rod with the incredibly smooth Abu Garica MGX20. My line of choice was 6lb nanofil and 4lb sensei leader. I was casting into the shallow edges and working the lure with a twitch and pause retrieve.

Within the first 30mins I had 2 solid fish in the well including a kilo fish. Kicker fish are hard to come by so to get one early was a real confidence booster. As I continued, the fish really began to hunt the lure and by 9am I had a 4kg plus bag and was upgrading with solid fish.

With an hour to go I got 2 crucial bites that upgraded a pair of 32fork length fish for a pair of 38forkers. With all 5 fish now being on or just over the 1kg mark I knew I had done all I could. The drive back to the weigh in seemed to take for ever. I gave myself an extra 15mins to make the trip and I can tell you I have never been so nervous of engine failure as I was during the final dash for home. Luckily everything worked smoothly and I was able to hit the weigh in with my biggest 5 bag ever, weighing 5.4kg which was enough to take the win and secure my 5th ABT qualifier victory. The ABT grand final is at a new venue for me, St Georges basin and I can’t wait for November to come around.