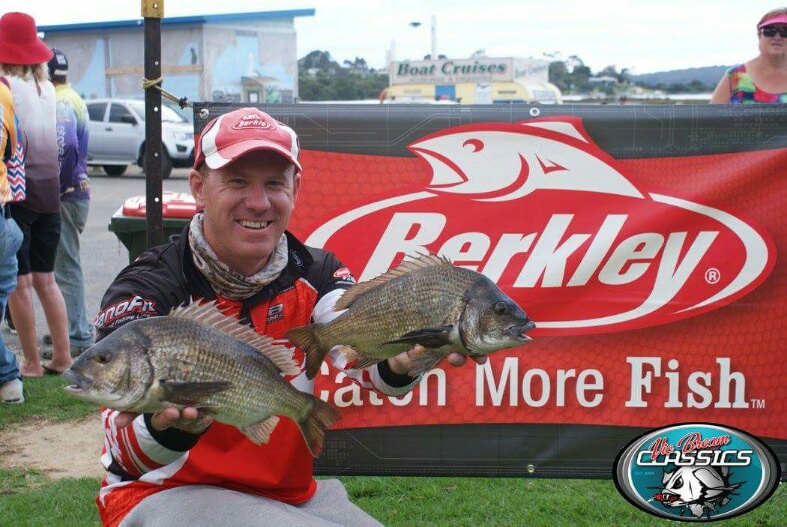 As we always do, Dad (Mike Hodges) and I were looking forward to heading out to far east Victoria to fish the mighty Mallacoota inlet. Over the past few years the fishing has changed at ‘coota’. In the past, 5kg bags were needed to be in the lead and 10kg plus often won the comp, however these days bags over 4kg are great and if you have 2 consistence days you are in with a very good chance of a podium finish.

Prefish was all about finding the fish, we wanted a couple of high quantity spots that would produce a bag of fish quickly. We fished the bottom lake for the majority of the morning, pinpointing 3 keys areas that would hopefully produce that quick and easy bite to get 5 fish in the boat early. As we continued to search for more fish we were lucky enough to get side tracked on a large school of surface feeding yellowfin bream. In glassed out conditions we could hear the bream sipping and slurping from more than 100m away. Once we heard a fish, it was a case of putting the electric on full bore and making a long cast to the active fish. We had tied on a Berkley subdog which can be cast further than any other lure I own and it can also be worked as a quick surface lure by keeping the rod tip pointed to the sky. I was using my favourite Salty stage light casting 1-3kg rod with my Abu Garcia MGX20 spooled with 4lb nanofil and 4lb sensei leader. This combination saw us entertained for a couple of hours, we caught plenty of bream and the size was really good. Amazing, we never returned to this spot during the tournament, we figured it was unlikely to be that easy come day 1 and we didn’t want to waste time looking for fish that may not have been there anymore. 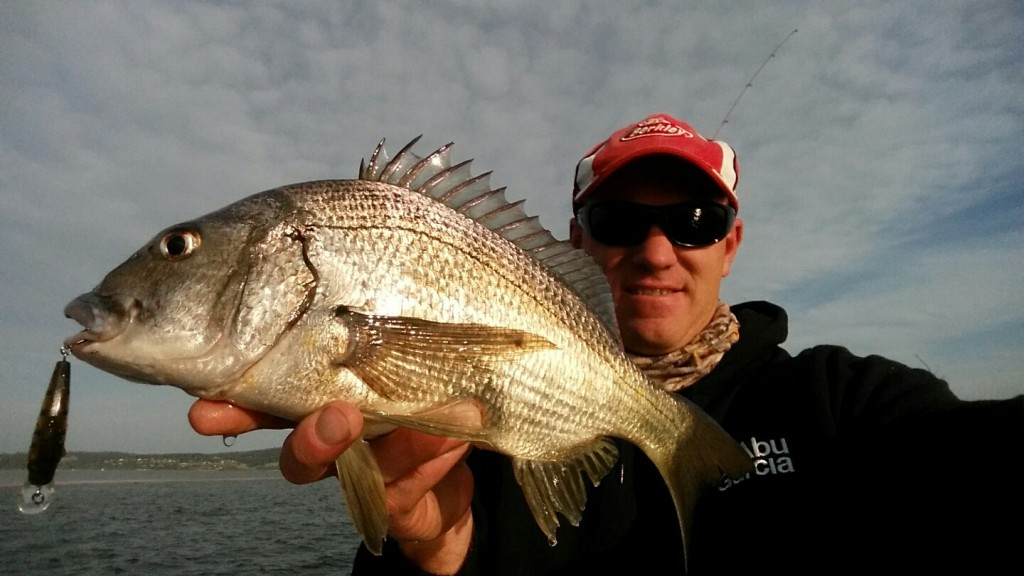 With 3 spots locked in we decided to start day 1 on a shallow edge throwing Berkley puppydogs in the colour 12 gauge. On the first cast I hooked up to a hard fighting fish, but after the initial 20 seconds of head shaking and peeling drag it starting to circle the boat and I had that horrible feeling that my kicker bream has just turned into a trevally, major disappointment. 20min later dad and I had both landed a bream each but the bites had stopped so we moved to deeper water were we immediately found the fish feeding just like in prefish. Our lure of choice for fishing the deeper water was the Berkley 3’ nemesis on a 1/12 nitro jighead. We rotated through 3 colours during the weekend with camo, pumpkinseed and pepperprawn all being equally effective. We caught our 5 fish bag and upgraded a couple of times. After visiting our 3rd spot we had a healthy bag and we decided that hunting the fish on the edge was our best option for further upgrades, this move paid off and we landed 4 upgrades which pushed our bag over 4kg and we were sitting in 4th with 4.33kg. 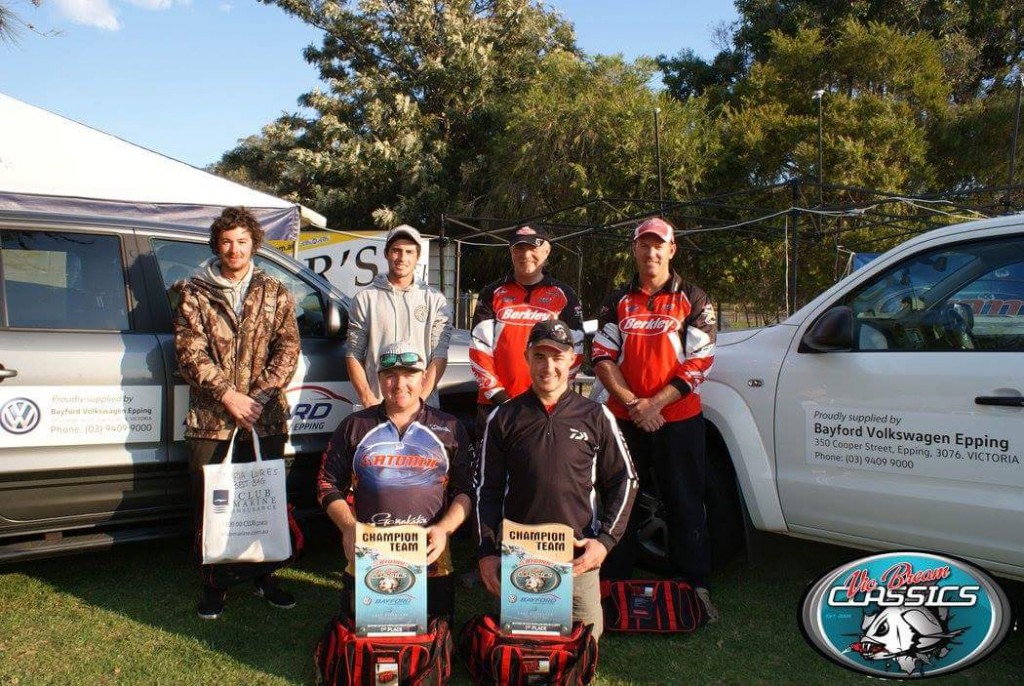 The plan for day 2 was to do the same as day 1. We started slowly with nothing in the shallows so we moved to the deep and landed 2 solid fish start away but with only a couple of other bites over the next hour we made a series of moves that saw us fill our bag we small fish. We eventually made it to our 3rd spot which had some of the most aggressive taylor and flathead I’ve seen eating everything that touch the water. After retying from multiple bust offs I had just about had enough when I hooked into what I thought was a larger salmon at first. I turned to dad and said ‘Once I’ve landed this fish we are out of here’. Half way through the fight I was 99% sure I had a solid bream but didn’t want to tempt fate but saying it out loud. It turned out to be our biggest bream of the weekend and over the next 40min we upgraded multiple times and knew we had over 4kg. When the bites slowed we went hunting edge fish again only to land a couple of small bream, then with only 20mins left I pulled the hooks on 2 fish that looked very much like upgrades. It was a bitter end to an amazing weekend of tournament fishing. It was always going to be a close finish with plenty of quality teams in the running, we weighed 4.27kg which was enough to take 3rd place just 110grams from the winning team.  Hodgey