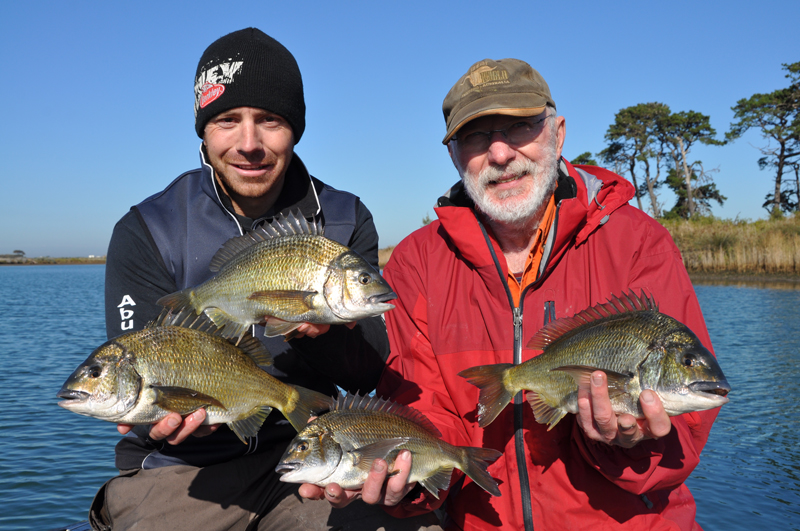 An ever-expanding range of lures suitable for bream exists on the Australian market. Each design has a specific purpose best suited to prospecting particular forms of fish holding structure. Seasonal variations, as well as the combination of tidal flow or current, structure and food supply, generally dictate where bream are likely to be lurking in any given system. This provides a clue as to the type of lure required to at least attract some attention. For example, there is very little sense in tying on a surface presentation (designed to imitate a fleeing prawn skipping across a shallow weed bed or sand flat) here in Victoria during the winter months. With the water temperature at its lowest point, most southern black bream will be bunkering down deep in preparation for spawning. In this instance, a vibrating metal blade worked close to the bottom is a far better option.

Where and When
As the water temperature begins to fall, southern black bream gradually move away from the shallow flats and edges in favour of deeper haunts. Sounding is the key to locating the dense schools in open water, however, it is worth commencing the search around more subtle fish holding features such as ledges, drop offs or sloping banks, adjacent to a prominent weed bank or mud flat. Sweeping bends, points, feeder creek junctions, patches of reef or gravel and depressions or mounds also attract schooling winter bream. 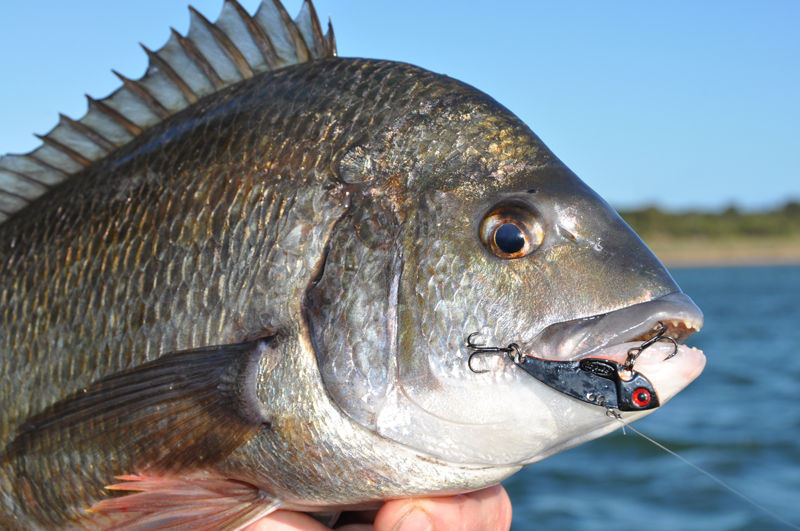 Tackle Specifics
Much of my success over the past few winters can be attributed to Berkley Power Blades (37 & 40mm) in Midnight and Shell, as well as the original Big Eye (34mm) design in the Tassie Tiger and Watermelon pattern. During the cooler months, there seems to be a distinct preference for black, which is likely to more closely resemble the type of shell bream feed on at this time of year. A pair of split ring pliers and a spare supply of needle sharp Owner treble hooks help to ensure even the most tentative takes remain connected. Long nose pliers are also vital for the safe removal of those sticky trebles from an angry bream’s molars. 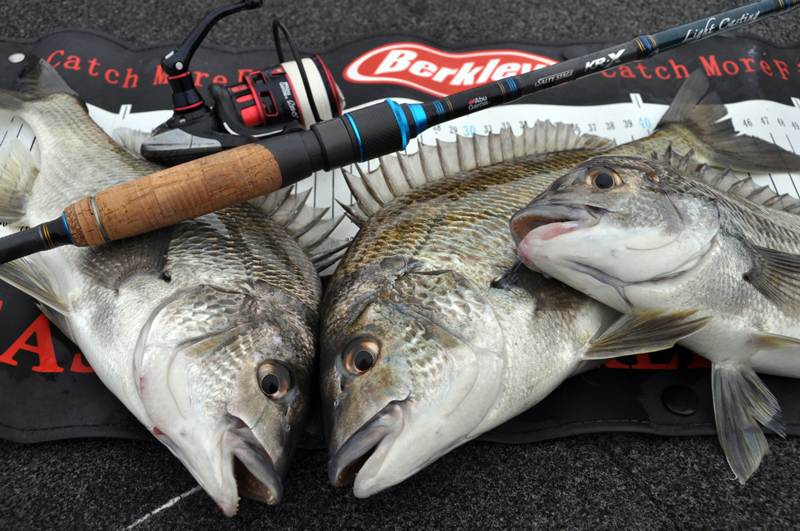 Retrieve Patterns
The most basic retrieve involves casting down breeze ahead of a slow drift. As the blade descends, keep in contact by maintaining a slight bow in the line. If a bream bumps, nudges or intercepts the offering before it reaches the bottom, the line will flicker or twitch ever so slightly, which is your cue to set the hooks. If the blade makes it through the school without getting hit and comes to rest on the bottom, the line will relax. A short, but relatively fast rip of the rod tip, lifting the blade no more than 20-30cm, followed by a pause to allow it to return to the bottom, is the way to go. At times, a double hop may elicit a more aggressive response. Similarly, three to four short sharp jabs, barely lifting the blade, but at the same time generating plenty of energy and vibration, followed by a pause, often attracts some attention. Most bream intercept a blade as a sinks (on the drop) either immediately after casting or in between imparting some action. Others will pick it up while it’s lying motionless on the bottom. 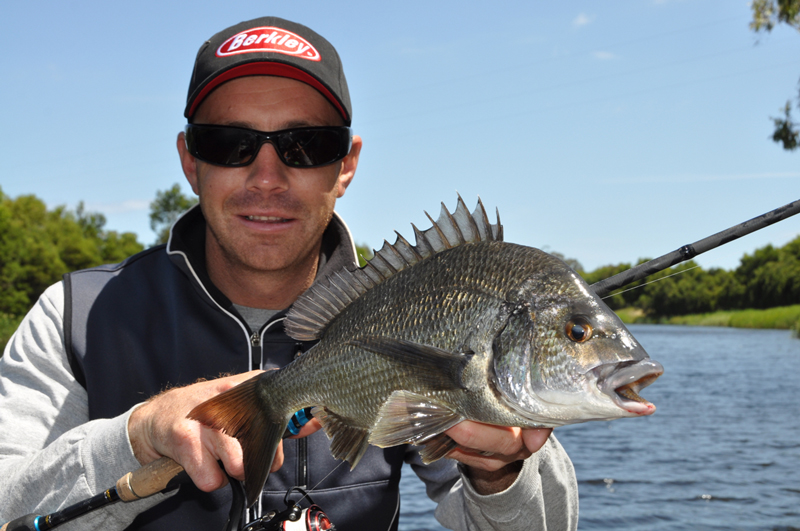 Casting Equipment
Recently, I’ve been enjoying the versatility of the Abu Garcia Salty Stage Light Casting (1-3kg / 1-piece) spin rod. At 6’10” in length, this extra light blank offers enough power in the tip to get a blade up off the bottom and vibrating with energy, but also some give to cushion and protect the tiny hook holds. The KR-X Light Casting series feature a powerful composite construction (98% carbon / 2% glass), Fuji SiC guides with Alconite inserts, a hybrid cork / EVA grip as well as a host of other cool features, including a very slick finish. Balance this outfit with any of the new Abu Revo thread-line reels, spool up with 4lb Berkley Fireline or Nanofil, tie on a rod length of 4lb Sensei fluorocarbon leader material and you’re in business. 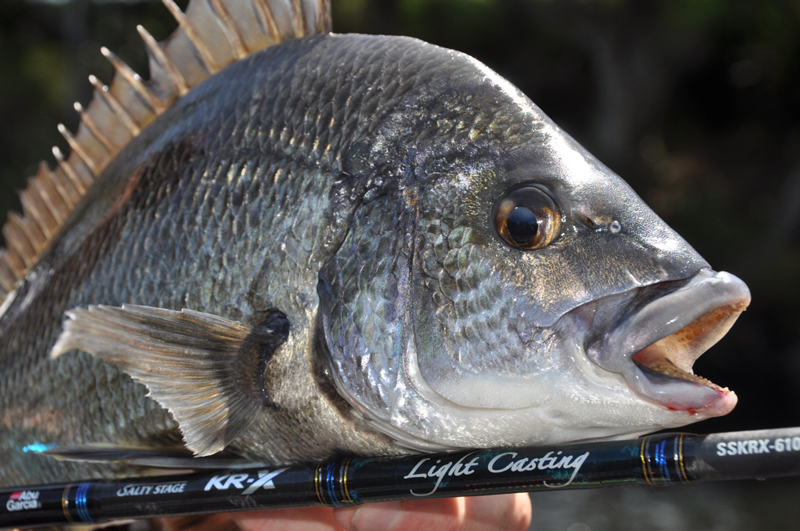