I’ve seen the progression of hundreds, if not thousands of people’s fishing careers and they all seem to go roughly the same way. They start wanting to know it all, then move on to thinking they ‘do’ know it all, when realistically they know just a little more than when they started (thank you internet). After a while they either give it up or find some value in fishing, whether that be via reigniting their awesomeness as a hero tournament angler or just the fact that it’s good fun. I really don’t care. But what I do care about is what people actually learn from fishing. Can you make a fish bite? Can you…really!!

If you answered yes to this and did it with confidence (not you, you can’t now say yes because you think I’m going to praise you) and you believe in what you say, then fishing has taught you something. It’s taught you to think like a fish! 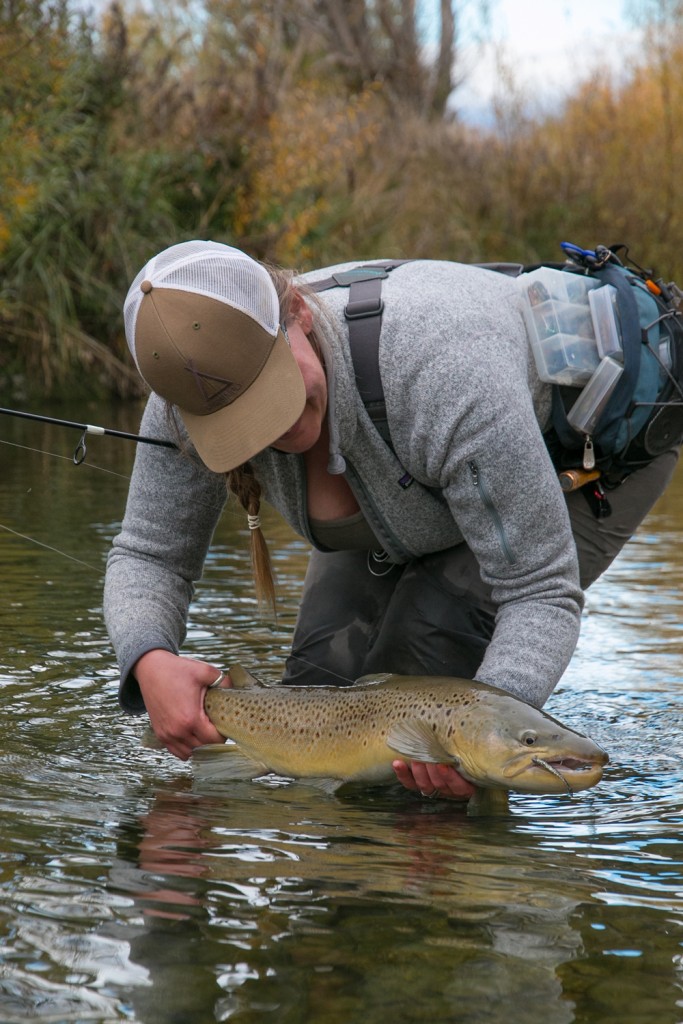 A 2” PowerBait Minnow is all about you working your magic. You’ll can no help from the bait it self. But man do they catch some fish!!

Why Bite.
Why can some people catch considerably more fish than others. It’s gotta be the gear…”he has a heap better lure selection then me”! Yep, that it for sure (you idiot). Or maybe it’s time on the water! To be honest, this is quite a good reason as to why person X catches more then you! But not solely because they are ‘just on the water more’. There’s still something missing. What is it??
I’ve already said it and some people just can’t see it for looking nor will they ever! They’ll continue buying gear, fishing as hard as they can, buying more gear and a faster boat and still, after all that, end up seeing person X at the ramp just for them to be given a total schooling on how to catch them!
To be truly proficient, to be a ‘bite maker’ you first need to understand the fish you want to catch.
If you go out fishing hoping to catch ‘something’ then you’ll never get it. You need to set goals, have an idea of the spices you want to target and set a trap.

Fish are pretty silly but they are also very weary and good at escaping trouble. Most of the lures we throw at fish are far bigger than the daily food items fish actually eat, so to get this to fall in your favour, you really need to understand what makes them tick!
Fish have basic rules to life – they need to eat (first and foremost), then they need to survive and last but not least, they need to breed. And that’s it! The end. They don’t have a guest spot on the Friday arvo fishing show nor do they have to pick the kids up from karate practise. They also don’t know what time it is and or what the date is. All they see and feel is what they see and feel. Simple!
If only our lives where like that!! But the thing is, because fish can be a pain in the ass to catch sometimes, us humans have made up elaborate lies to make ‘us’ feel better about not catching them – “they where on the backside of a high barometer and that 3/4 waxing gibbous moon sure didn’t help”. Right! So basically your just shit at catching them then?! That’s what that says!
I understand that fish don’t always feed but don’t you think you would want to workout when they do. Instead of going fishing when your iPhone tells you too!? 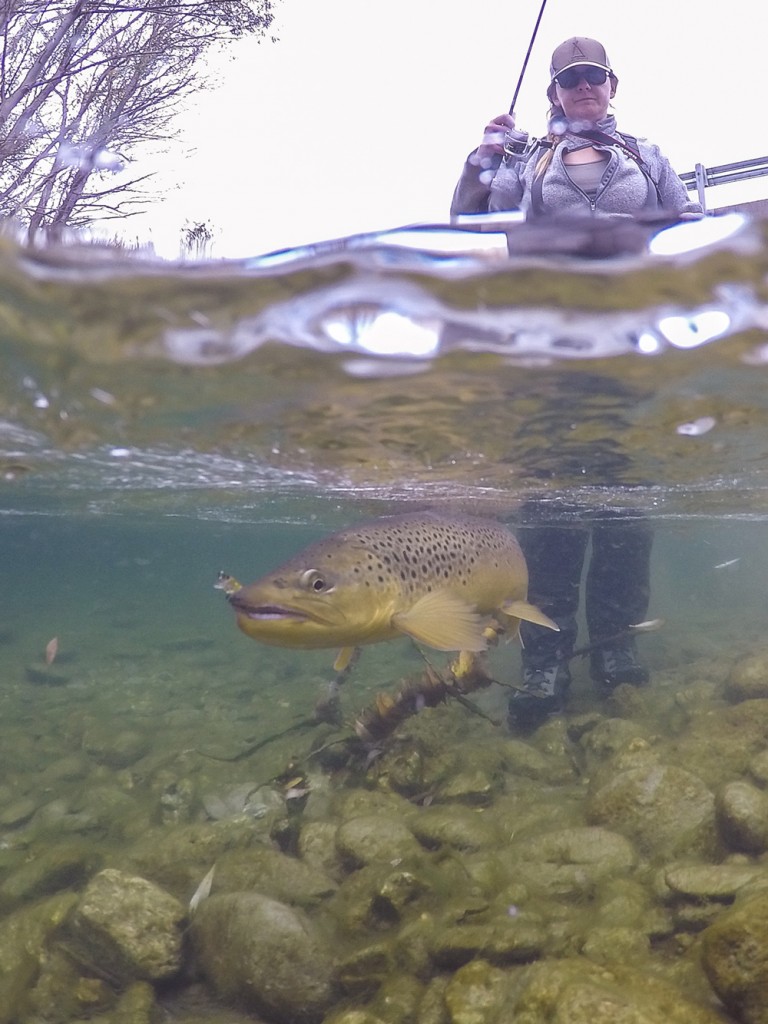 Working a hard body is ;some of you’ & ‘some of the lure’ all rolled into one. But don’t be lazy and retrieve all lure with the same action.

They really do. But they are also very conscious as to when that food is available. Firstly, a fish will not swim around looking for food if there is no food to be found. Reason – waist of energy. Energy is mass and mass wins all beats if your a fish. The bigger the fish, the more ground you own and the better the pickings from that ground. You have the ability to push other smaller fish around and or away and you get to make babies with the next biggest female fishy (yay). The only other thing you need to do in life is survive – easy-peesy!!

Why fish bite lures we throw at them is not always about being hungry. So always keep that thought in the back of your mind. Even the humbled, seemingly always scared mullet can get a little antsy at other fish if they are encroaching in on some good feeding grounds. So fighting is a particular skill that nearly all fish are good at. It’s a dog eat dog world out there!

To a fish, your lure represents several things and at least two of those things are good reasons for that fish to put your lure in its mouth – food and fight. Fortunately for us and unfortunately for the fish they need to bite things in order to work out what they are. So if you’re hunting fish with lures and you want to catch more than just the real silly ones, you need to work on your wiggle game.

Learning To Dance
It’s old news that you need to put action into your lure. It’s also very true! But how much and for how long? What does it look like and what about different lures?? Yes, yes and yes. This is the game of angling. This is where you start to learn what works for you. Just copying someone will only get you so far, the rest can remain a secret to you if you don’t think for yourself!

This is where working out what your fish is doing and what they really want comes into play. You need to know the fish personally – not rely on what you are told. What you are told has already happened and the chances of the same situation repeating it’s self are very slim (to the point where it’s quite spooky how one day on the water can be so different the the next).
You don’t have to be a super star, you just have to use your brain. Putting the pieces together is what its all about. Being told where to go and what to do will catch you fish but you wouldn’t have learnt anything from it and the next time, when its not the same, you’ll have nothing to fall back on.

The guys that do well on the water use all their knowledge base all the time, even when its easy. Working your lures is about trial and error. The only way to get good at it is to do it – and not just when you go fishing! Do you have a pool? Do you know someone that does?? Well this is the perfect place to train yourself up in the art of lure swimming.
Lure retrieving is like dancing. There’s not just one way you can do it. There’s hundreds of ways! And sometimes you need to know more then just two or three to put fish in the bag. 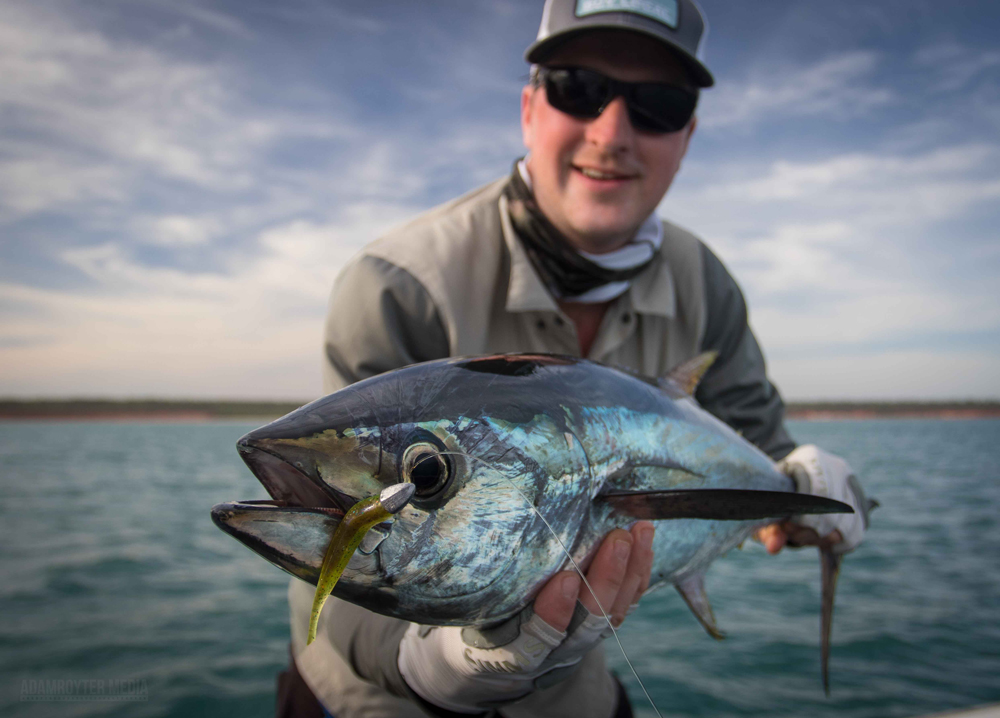 Tuna are all about the speed. If you can’t wind fast then don’t bother! And sometimes your fastest isn’t fast enough.

Get In
Clear water is king when you need to see what’s going on with your lure. And being able to get in with it and swim along side and behind, will really open your eyes up to what’s enough and what’s to much lure action. You can sort out a good strategy with each lure type and be emulating the action when your fishing you can start to see the benefits of all that paddling around.

Making a fish bite is all about deception, smoke and mirrors. After all, if the fish find out that you are behind this elaborate hoax it’s all over and you can go home fishless. Driving a lure through the water is an easy task but to make it worth its coin, you’ll really should be adding some extra wiggle to the giggle! Rod tip pops, hopes, twitches, spots and start are all part of the system. If your asking me to tell you exactly how to do it (and I know you want to) your missing the whole point. The rule book of retrieves is a 100 pages long but there no words on any of the pages. You are the author, you need to write the rules of retrieves down. You’re the one that has to use them so what’s the use in me telling you how it goes!? You need to get out there, in the clear water. Swim all your lures, work out which ones you think look the best and stick with them.

Your far better off have a few different types of lures in good quantities and good colour selections rather than heaps of different lures types. You need to be about to work those lures and make them look real and not all retrieves will work across the board. Find a few good one’s that you know you can work and stick to them!