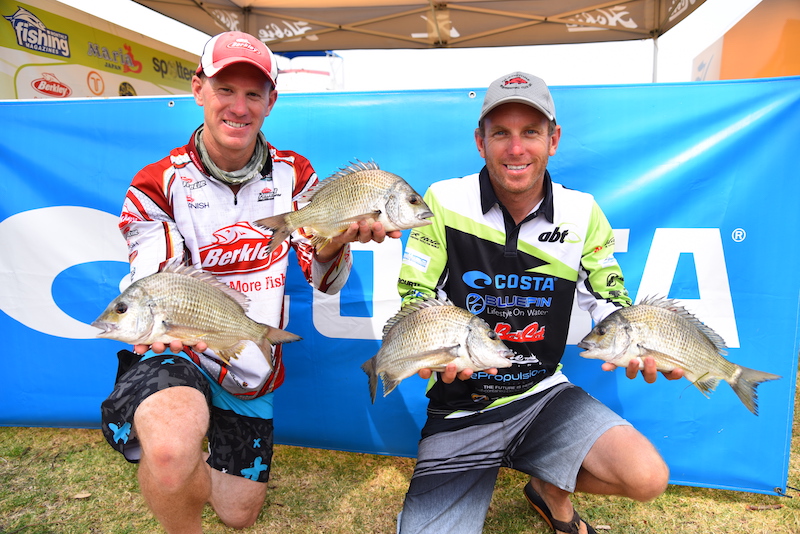 There’s a saying in sport ‘you’ve got to lose a Grand Final before you can win one’, and I sure hope that’s true! When St Georges Basin was announced as the ABT Grand Final location for 2016, I was really looking for to it. It’s a venue I’d always wanted to fish, but never had the opportunity to visit.

While planning for the pre-fish, I decided to play to my strengths and employ techniques that I’m most comfortable with. This led me to the shallow edges and timbered snags. My philosophy is, if I can see can fish in the shallows or holding on structure, at least I’m in with half a chance. The pre-fish went well with a few quality bream brought to the net. I went into Day 1 with a clear plan and some confidence.

The most defining moment of the tournament (for me) came about early on the first morning whilst cruising across the lake towards my first shallow target area. Seemingly in the middle of nowhere, I noticed a significant change in depth on the sounder whereby the bottom rose from 23ft to 15ft, before dropping away again. Using the Lowrance scroll back function, I quickly marked the location on the GPS with the intention of returning later in the session should the shallows fail to produce. Little did I know at the time, but stumbling across this hump (and having the presence of mind to mark it on the sounder), absolutely saved my tournament and indeed, very nearly won me the Grand Final! 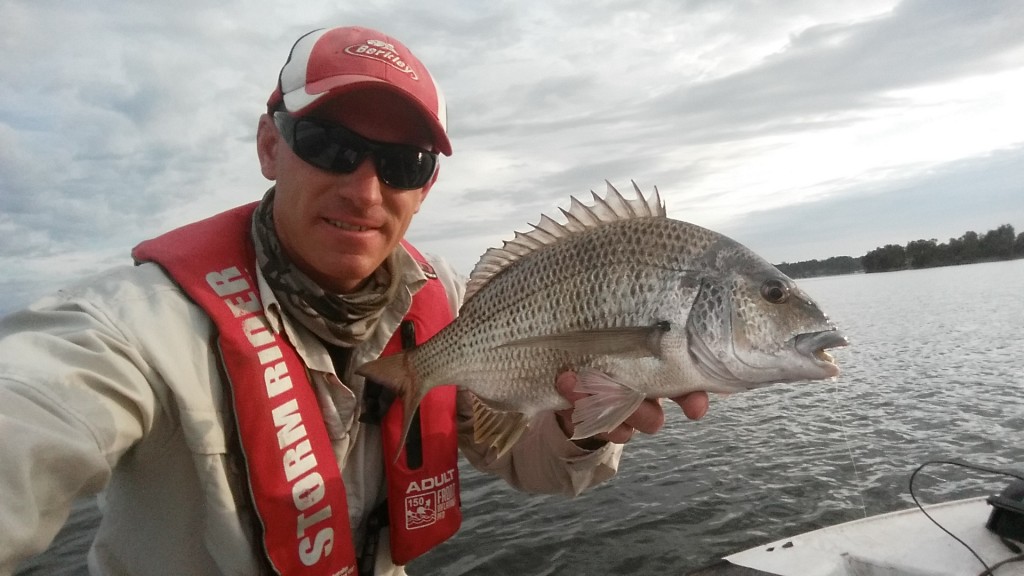 Four hours in Day 1, I had exhausted my shallow water target zones for zero return. Making my way back to the hump, I was prepared to give it 20 to 30 minutes to produce, before moving on. I didn’t’ even know if it was holding bream, but half an hour or so would be enough time to find out.

In the end, the majority of my fish came within just 50m of the GPS mark! Using the Insight Genesis Social Mapping tool, similar looking areas were located and these went on to produce some vital upgrades over the following days.

The Berkley Gulp! 3in Nemesis in Pumpkinseed, Camo and Pearl Watermelon colour patterns, along with the NEW 3in Jigging Shrimp in Mudskipper, were my go-to options throughout the event. Rigged on 1/12 to 1/16oz. Nitro Bream-Pro jigheads, the key was to keep the plastic as close to the bottom as possible using a slow retrieve pattern involving short lifts and flicks of the rod tip to impart action. Most enquiries were timid, but having the confidence to strike hard at the slightest indication of a bite returned more solid hook-ups than misses.

I used long 4lb Berkley Sensei leaders and my favourite rod and reel combination of Abu Garcia Salty Stage Light Casting 1-3kg rod and Abu Garcia Revo MGX20 also added the touch and feel I needed to detect the bites but also give the hook good penetration on the strike. I have definitely noticed a huge decrease in dropped fish since the introduction of the Salty Stage range to my arsenal.

I’d like to thank my three Non-Boaters during the Grand Final – John Galea, Jesse Rotin and Luke Slavin – each day we fished as a team, working out the pattern and bouncing ideas off each other. It was a pleasure to fish with each of you and I hope I’m fortunate enough to draw you guys again sometime in the future.

In total, I was on the road for 11 days, and without the support of my wife Jade, this simply would not be possible. She was the ultimate super mum whilst I was away, working full time and looking after our two kids, coaching a basketball team and just keeping the daily routine functioning.

To cap off the tournament, my Dad (Mike Hodges) was also fishing in the Non-Boater category and he too came close to taking out the title, but fell just short. It was a real thrill and a very proud moment for both of us to finish to 2nd place!

With the 2017 tournament dates already released, organising time off work, booking accommodation and preparing for a busy year ahead has already begun.

Finally, I’d like to thank Berkley, Abu Garcia and Lowrance for their support. It certainly is an honour and a pleasure to represent these companies and use products that I have 100% faith in to get the job done.  Looking forward to another big year in 2017.